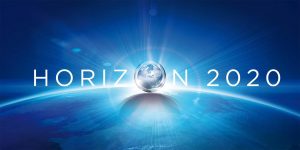 Two Heriot-Watt academics hosted a meeting to discuss and develop an EU FET Open proposal in photocatalysis. The proposal under discussion had previously been submitted to EU funding calls twice but had been unsuccessful. The outcome and feedback from these previous submissions prompted a change in the make-up of the project team members and H-WU taking over the coordination of the project proposal.

Four H-WU academics attended the meeting, along with collaborators from Portugal and Spain. The meeting commenced mid-morning and ran through a working lunch, then into the late afternoon. Following introductions, the meeting began with the H-WU European Research Manager providing an overview and a thorough background in the FET Open process and proposal requirements. This was followed by a summary of the previous proposal by one of the EU academics. The project team were able to critically analyze the previous proposal, and establish its strength and weaknesses. Discussions over the remainder of the day used the outcome of this critical analysis to develop, and heavily modify, the scope of the previous project proposal, resulting in the formulation of a quite different project structure and overall work plan. The project team is now using the meeting outcomes to write a new proposal in preparation for submission to the next EU FET Open deadline.

No events found within criteria